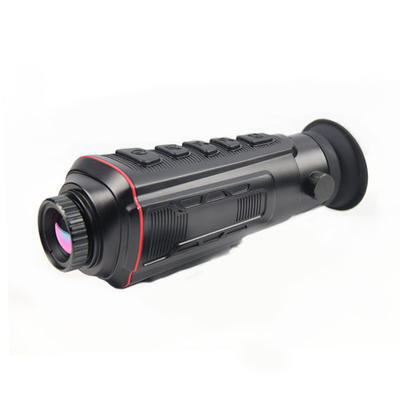 How is a monocular thermal camera composed?

How is a monocular thermal camera composed?

A monocular thermal camera is usually composed of an optical camera assembly, a focusing zoom assembly, an internal non-uniformity correction assembly, an imaging circuit assembly, and an infrared detector cooler assembly. The optical unit is mainly composed of the infrared objective lens and structural components, the infrared objective lens is mainly to achieve the convergence of the thermal radiation of the scene imaging, structural components are mainly used to support and protect the relevant group of components; focus zoom component is mainly composed of servo mechanism and servo control circuit, to achieve the focus of the infrared objective lens, field of view switching and other functions; internal correction component is composed of internal correction mechanism and internal correction control circuit, used to achieve the internal nature of the thermal imaging camera. The imaging circuit assembly is usually composed of a detector interface board, main processing board, chiller driver board, power supply board, etc., which cooperate to realize the functions of power-on control, signal acquisition, signal transmission, signal conversion, and interface communication.

The above is about the components and specifications of the monocular thermal camera, if you are interested in a monocular thermal imaging camera, you can contact us, our website is http://www.argustecn.com/, looking forward to your arrival.