Information About The Resolution Of The Night vision camera 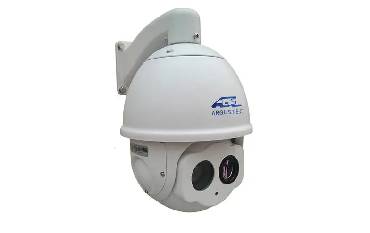 First, a camera is used to capture an image of a special resolution target plate, and the image is preprocessed. Then, the transformation algorithm is used to detect the positioning lines in the image. According to the positions of the four positioning lines, the position of the center of the resolution pattern in the whole image, the size of the pattern, and the inclination can be obtained. A resolution pattern consisting of stripes with equal spacing and the same direction is extracted, the contrast of each pattern is calculated, and whether the area is distinguishable is judged according to the size of the contrast. Contrast is calculated starting from the pattern with the widest line and working downward until it reaches an indistinguishable pattern. For the left and right resolution patterns in the same group, the one with low contrast is used as the contrast of the group of patterns. Take the number corresponding to the previous set of patterns of the indistinguishable pattern as the resolution of the night vision device under inspection. If the first group of resolution patterns is unqualified, it is determined that the resolution of the night vision device is lower than the corresponding value of this group; if the last group of resolution patterns is still distinguishable, it is determined that the resolution is higher than the corresponding value of this group. To achieve the purpose of automatic detection, it is necessary to study the objective criterion of night vision camera resolution and the method to improve the positioning accuracy.